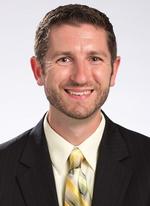 Dan Carey recently completed his second season as varsity boys basketball coach at Pius XI Catholic High School, his alma mater. Prior to being named the 7th head coach in the history of the storied Pius XI program, Carey was an assistant coach for three seasons alongside head coach Joel Claassen.

In 2019, Carey was the head coach of the Wisconsin GLO, a professional women’s basketball team in Oshkosh, WI. Carey led the GLO to an undefeated 14-0 record and league champions of the Global Women’s Basketball Association.  He was also named the 2019 GWBA Coach of the Year.

From 2013-2017 Carey was a member of Kyle Rechlicz’s coaching staff with the University of Wisconsin-Milwaukee Women’s Basketball.  From 2015-2017, Carey served as Assistant Coach and Recruiting Coordinator, helping the Panthers reach the postseason each season.  His primary responsibilities included point guards and shooting guards position coach, as well as the coordination and organization of all program recruiting, with a specialty focus on the state of Wisconsin.  In his first two years with the Panthers, Carey was the Video Coordinator in charge of all film exchange, editing and game breakdown for scouting, and also assisting with administrative duties in the program.

Prior to arriving at UW-Milwaukee, Carey spent four seasons as the head varsity girls basketball coach at Hamilton High School in Sussex, WI, developing the girls’ team into one of the top programs in the state in his four years.  Carey led the Chargers to a pair of Greater Metro Conference championships, the first time in program history Hamilton had won a league title. Carey went 68-27 in four years at Hamilton, recording a 38-9 record his last two seasons which included a 25-3 mark in league play in that span.  His first season at the school produced the program’s first winning record since 1991.

Carey has extensive experience with youth basketball camps, having worked as a camp counselor at camps such as UW-Milwaukee, UW-Green Bay, UW-Madison, Marquette, Michigan State, and the Dick Luther Action Basketball Camps.

Carey played at Pius XI Catholic High School, where he was a member of the last WISAA State Championship Boys Basketball team in 2000.  He and his wife, Lydia, have three daughters:  Emily, Maggie and Audrey.